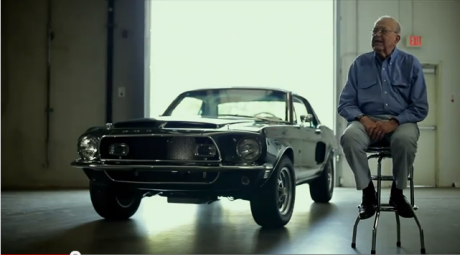 <![CDATA[In 1968 Shelby needed a way to test various concepts and parts for their upcoming production vehicles. For this a prototype car was created better known these days as the Green Hornet. The car began life as a <strong>Lime Gold ’68 hardtop with matching Deluxe interior. Its VIN was 8F01S104288 and was fitted with a 390 V8 engine coupled to a C6 automatic transmission. At the time the cars performance was immense registering 0-60 times in the 5.7 second range and top speeds of 157 mph. Though for unknown reasons the car and its features never made it to production and from there it was thought the car was crushed. Not so explains Jeff Koch of Hemmings.

“Rather than being scrapped, it was sent to Ford’s Employee and Auction Resale Lot in Dearborn. By the time it was in the yard, it was just an old Mustang: The special independent rear had been stolen and replaced with a bog-standard Fairlane axle, and the Conelec EFI had similarly been swiped and replaced with a police interceptor intake and four-barrel carb. The yard supervisor, Robert Zdanowski, bought it for $3,000 as a family car–he knew that it was the only Shelby notchback of its kind–but he sold it six months later when, as he wrote in a letter, “the Green Hornet proved to have too much power to be a ‘safe’ family car. (On rainy days, the rear end would slide off the asphalt roads near our home.)”