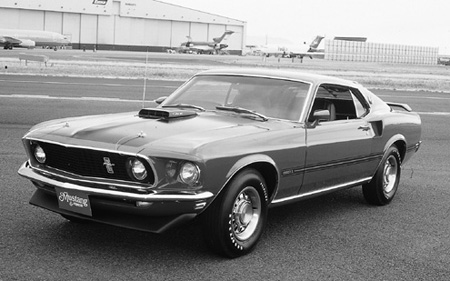 Ok I know, a weird title but just bare with me. I’m not into drug dealing or anything. I’m currently reading this book called “Blow“ (you may know the movie with Johnny Depp and Penelope Cruz) which is the true story of a guy called George Jung and his life of drug smuggling.

Anyway something caught my attention in one of his tales of the many dealings he had with an Mexican associate named Cosme. Here’s the spiel to do with the Shelby Mustangs.

Cosme was crazy about hot American cars, particularly the Shelby-designed, four-on-the-floor, fast-backed Mach I Mustangs, powered by a 428-cubic-inch Cobra engine and dual quad carburetors. The Shelbys hit 60 miles and hour in 6.5 seconds, and laid down on the red line, could top put at about 140.

George saw a chance to help Cosme out. He consulted an acquaintance of his back in Manhattan Beach named Alberto……For George’s purposes, the useful thing about Alberto was that he worked as a sales manager of a car lot owned by Ralph Williams, then one of the largest dealers in the state. The lot covered eight acres and the sales force ferried customers around in golf carts to look at all the cars, among which were a good number of Mach I Mustangs by Shelby.

Furthermore, according to Alberto, the accountants for Williams did an inventory of the place only twice a year, which meant that during any particular six-month period no one had the slightest idea whether a certain Shelby was sitting on the lot waiting for someone to come around in a golf cart and buy it or was proceeding along Avenida del Mar in Mazatlan (Mexico).

Alberto said, the dealership did such high-volume business that it was possible to fiddle the records in such a way as to cover the fact, at least for a while, that several cars had just upped and vanished.

…Alberto agreed once a month to sell one of the Shelbys for one-fifth the sticker price of six thousand dollars, and in the bargain he would hand-deliver it to George’s place in Manhattan Beach, complete with Californian registration and ownership papers. In turn, George had Pogo, his wheel man, drive the vehicle down to Mazatlan, where it would be traded to Cosme for three hundred kilos of marijuana.

….One morning George stepped outside his front door to discover that his view of the houses across the street was being blocked by an eighty-foot-long, double-decker car carrier fully loaded up with eight brand new Shelbys driven by Alberto himself. “Get that fucking thing out of here, are you crazy?” George yelled at him. “We’re doing this one at a time. That’s it! One at a time.”

Now I’m not too sure of the accuracy of the car details, maybe some of you know? I lose interest in the cars after 1968 I’m afraid. Anyway I laughed very hard when I read this bit. Can you imagine a six thousand dollar Shelby? A double decker car carrier loaded with them? Or trading it for drugs?

I though I would share that as it brought a smile to my face. 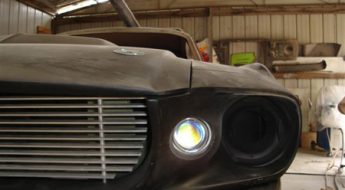 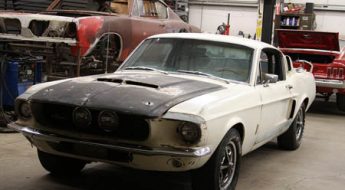 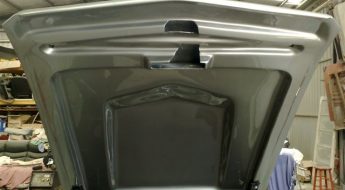