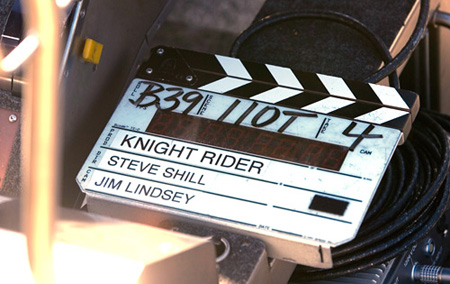 With only a few days away before NBC’s 2-hour movie length premier of the new Knight Rider series I though I’d give you a final insight into the making of the program and also show you what Jay Leno thinks of KITT, the Shelby GT500KR.

Last week I posted about how KITT came about, it’s inception from a standard Mustang into the menacing ‘attack’ vehicle we have all seen.

Now for the show itself, and Edmunds has gone behind the scenes to give us an insight as to how it’s all come together. It’s the Templin Highway, a chunk of long-ago bypassed four-lane road, alongside California’s Interstate 5 “Grapevine.”

David Andron, the show’s 29-year-old writer-producer was very young when the original series went to air “It was ’82 to ’86. So I was 3 or 4 years old when Knight Rider first aired and 8 when they took it off the air. And I loved the show as a kid. I remember going to Universal Studios and seeing the original KITT car. So I was very excited when NBC approached me about possibly being part of this, uh… re-envisioning.”

His re-envisioning? Well it’s a lot of carnage and a lot of Mustang muscle as Edmunds found out “Just behind Andron is the day’s set — a 2004 GMC Yukon XL Denali the production company had run head-on into a large reinforced concrete block at 70 mph and the “Attack” version of the Knight Industries Three Thousand Mustang. The gag here is that the SUV has run into KITT, destroying itself in the process while the car remains undamaged. The scene being shot is the aftermath. Some computer will replace that cement block with the Mustang in post-production.”

Get a sneak peak at the premier here:

So who’s in control of KITT on the set? a guy buy the name of Ted Moser, The Car Captain. “Ted…..set up all the cars with special e-brakes and stuff,” says stunt driver Troy Brown. “It’s all been fun — just sliding cars and bumping into stuff. We had four stunt Mustangs and then KITT in Attack mode.” One Mustang, Brown reports, was wrecked performing a stunt where it banged into another car. But there are no big jumps in the movie. Turbo boost, it seems, is on back-order.

Speaking of sliding, Jay Leno managed to grab the keys of the GT500KR and take it for a spin. Jay has always been know as a car lover, in fact he collects the rarest cars there are and amongst the Bugatti’s and Duesenberg’s is an original 1965 Shelby GT350, but I’ve covered that already. This week the NBC execs handed Jay the key’s (or remote controls?) to both cars. I’ve always loved Jay’s reviews, for one they’re long, they involve burnouts and smoke and excessive speed.

check out a preview here:

I don’t know what else to say about this show. There has been so much hype around it I would hate for it not to meet expectations, but then again starring at great Mustangs doing burnouts always meets expectations, doesn’t it? 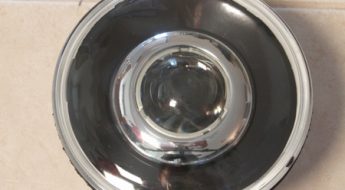 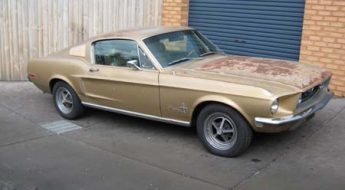 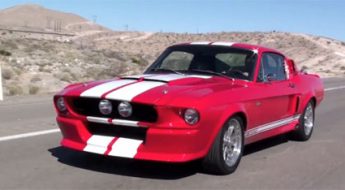