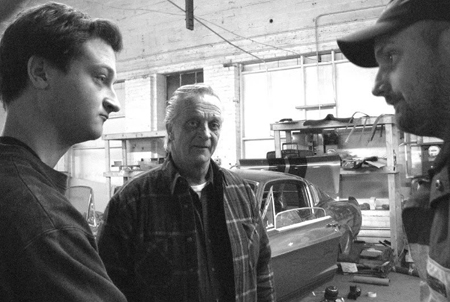 Firstly let me start by saying this article is based on allegations and purely that. None of the information I state has been proven in court and is based on the experiences of Memory Lane Classics customers. The story is still sketchy but it has emerged that Memory Lane Classics out of Chisholm Minnesota, builders of custom Eleanor and classic Mustangs, have got themselves in some major trouble and as a result it appears, or should I say alleged, that the owners have skipped the country leaving many disgruntled and livid customers some missing up to $500,000 on orders that have not been fulfilled. Remind you of something? The story is quite extraordinary with some customers allegedly being issued with refund cheques only to find out the MLC owners had issued a stop payment, meaning the cheques were worthless. Worse still, allegations have been made that one customer is owed $58,000 and had his car wrecked by the owners while they were test driving it, leaving him with no car and out-of-pocket. Again purely allegations at this stage. Comment was sort from MLC but to date the only public comments they have made were early on when they responded to the original allegations. “This should not really go any where But if it does, It does.” A Memory Lane Classic spokesmen said. “We Try to make everyone happy and We have done this 99% of the time. Every company has their up’s & downs it happens. Just sometimes When your working on 20+ cars you can’t work on everyone every day” they said. However the allegations just keep coming “Memory Lane Classics now owes me $20,500 and has no way of paying me back” while another saying “I cant even be bothered talking to them anymore and just try and start my lif a again minus $500,000” But what is probably the most interesting piece of information is from the owner of the building where the MLC shop is located. “I changed the locks on the building, with the permission of the authorities, when I heard the boys fled the state.” he said. “The Chisholm police have a new key. We felt and the Chisholm P.D. agreed that it would be in everyone’s best interest to change the locks due to the fact some of the former MLC employees still had access to the building. We have been assisting MLC customers in any way we can. The police stated that they must be present whenever someone enters the building until the investigation is concluded.” So this indicates a police investigation may be under way. It’s a frightening turn of events for yet another classic Mustang business bringing back memories of the whole Unique Performance debacle. It’s a story I will stay with and update once information becomes available. But the question remains, where has all the money gone? I really feel for the customers who look to have lost out countless thousands. And just to reiterate this post is based purely on allegations, is only one side of the story and has not been proven.. Some may not agree with me posting this but if the post notifies just one customer who is unawares then I feel it is worth it. Stay tuned for further updates. I’ll leave you with the words of Memory Lane Classics “Lets see where this goes!!” ]]>