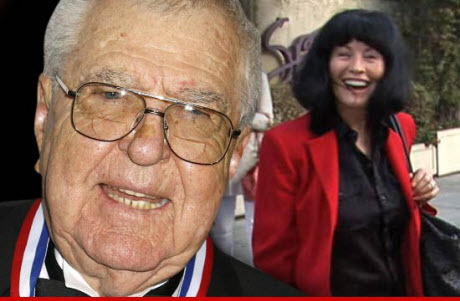 <![CDATA[There's been an unfortunate and sad turn of events surrounding the death of <strong>Carroll Shelby. TMZ is reporting that Carroll’s estranged wife Cleo is in a bitter dispute with Shelby’s children over who controls the body. According to reports Carroll and Cleo were still married at the time of his death even though they were estranged and he had filed for divorce in 2010. Here’s the twist though. Carroll’s children claim to have a document signed by the legend which apparently gives the rights of his remains to his oldest son. A document Cleo claims is fraudulent, adding he didn’t have the “physical capacity or eyesight” necessary to read or sign the doc. TMZ have reported saying that “while his divorce petition was pending, Shelby filed a petition just last April seeking to have the marriage annulled. In the annulment docs, Shelby accused Cleo of lying to him for the 14 years they were married — lying about her real name, her assets and pretty much her entire past.” It’s quite sad it has come to this. We only hope this can be resolved amicably. [TMZ]]]>