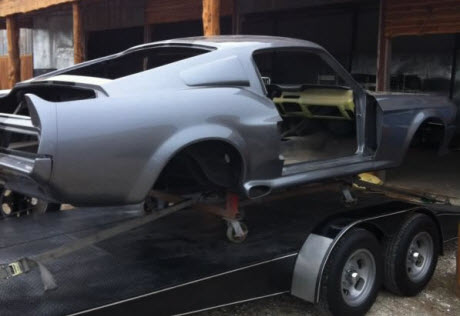 <![CDATA[Who can forget the downfall of the once hyped <strong>Unique Performance? We certainly don’t. After all it was most definitely the biggest news and talking points regarding vintage Mustangs at the time. We watched as the company declared bankruptcy, faced allegations of using prisoners to build cars and the many claims sad stories of customers losing all their savings. All of that has past now and we rarely hear about Unique Performance. Everything about them was auctioned off and split up in an attempt to recoup the losses. It’s for that reason it is rare to see a Unique Performance body up for sale. Though one did pass through eBay afew weeks back and sold for $26,100 The car apparently was bought at the Unique Performance auction and came with a clear title and VIN. It apparently has had over 300+ hours of work done on it which we could say is debatable. Regardless it looks like the winning bidder got themselves a good deal. Given what we can tell from the pictures. [gallery] [eBay] ]]>