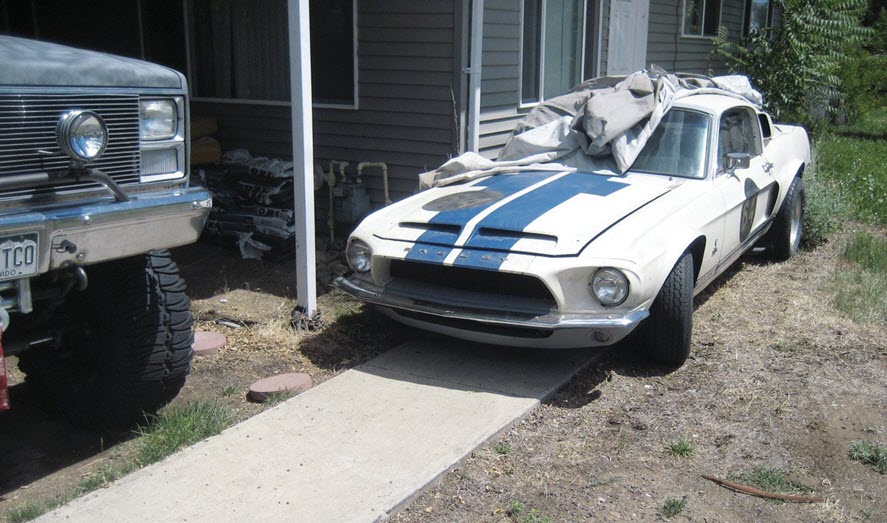 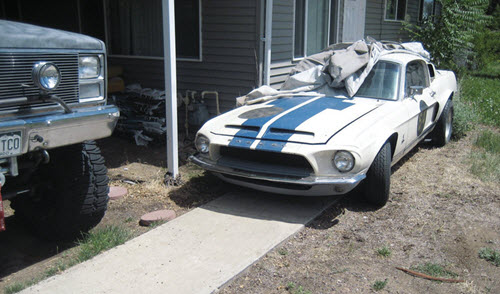 The guys over at Hot Rod Magazine posted an awe-inspiring story this week we could all only dream about. Rich Barnes was towing home a nice rare 1968 Ford Mustang Shelby GT. 350 find home after finding it chained to a carport in Compton. Only to have the car on the trailer attract attention for all the right reasons. 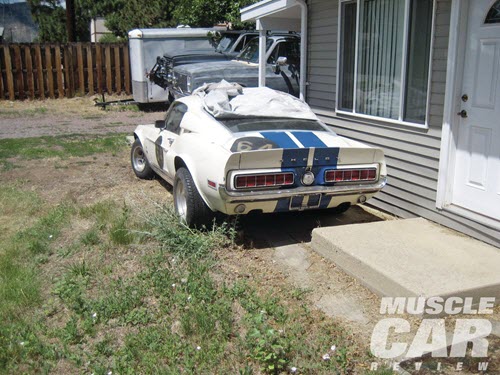 After delivering a Ford Bronco to a customer Rich thought it would be a fun idea to go on a bit of a road trip in the hopes of tracking down a Mustang he saw in an obscure advertisement. He had spoken with the owner once before. He was reluctant to part with the rare car though Rich took a chance and went on the drive anyway. Rich didn’t realise the nature of Compton and it’s surrounding areas “I didn’t think anything of it until I started driving into the area and saw how depressed and trashed it was.” This would explain why the car was found chained to the car port.

Upon talking to the owner he found out the fastback had the original 302 J-code small-block under the hood, backed by a four-speed and a 9-inch rearend. Somebody had flared the fenders too. They also dropped the suspension and beefed up the stock brakes. It was one of 223 Hertz rental cars. The Wimbledon White Shelby had a little race history. The body was California rust-free. A deal was done and Rich parted with $8,200 and drove off with a nice 1968 Shelby GT350. 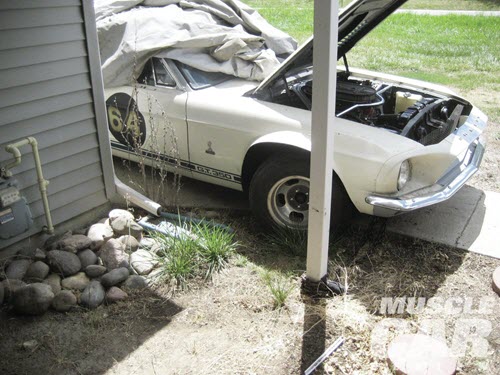 The car was complete and did not take much to start and run.

Now here’s were it gets interesting. While filling up with GAS somewhere outside Reno a bearded gentleman in his 70’s commented that he had one just like it but “it’s a GT500!”. The guy seemed genuine though was reluctant to take Rich to see it despite wanting to sell it.

Once Rich returned home he was straight on the phone and organised to go straight over as soon as possible. Upon inspecting the gentleman’s property Rich, to his amazement, did found the red Shelby GT500 in a shipping container. “We rolled it out and cleared things off, and it really looked like hell,” Rich remembers. “But underneath, the body was in really good shape with little or no rust. He showed me extra blocks, cranks, heads, trannys, and all these other parts that went with the car.”

I’m afraid that’s where the story ends with no mention from Rich if he was able to walk away with yet another rare find.

To read the full story head on over to Hot Rod Magazine. Highly recommended! 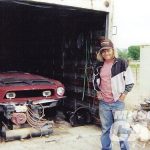 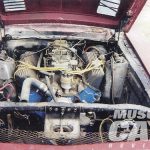 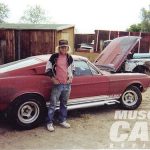