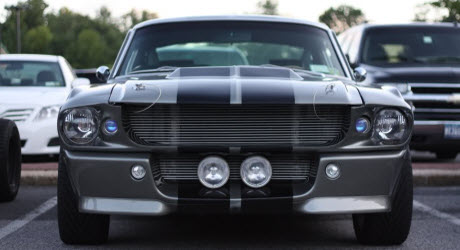 <![CDATA[We recently came across this post on the <a href="http://theeleanormustangforum.com/showthread.php?323-6-years-and-10-000-miles-later">Eleanor Mustang Forums and it got us thinking about how newly restored Eleanors fare over the years. How the car holds up over time is not something easily found on the internet, after all most people just want to look at beautiful examples of Eleanor for inspiration, tips or just a desktop background and not search for problems incurred years after a build. User ‘Renato’ however recently posted an update on his car 6 years on and 10,000 miles later and it seems every day driving has taken its toll on his Eleanor bodykit. We remember Renato’s car as being one of the most beautiful out there and even though six years have passed we still remember the images shared upon its completion. The car is running a Blueprint Racing 347 stroker crate motor with a Holley 650cfm, Hedmann ceramic coated headers flowing through Spintech exhaust and although still a great car a close inspection reveals cracks and body damage due to every day driving and stress due to vibrations in the car.

I’ve had my Eleanor for 6 years and have put over 10,000 miles on it. I bought it with the intention of using it as much as possible, NY weather permitting.

I’ve made no excuses and have driven it everywhere including to and from the office, grocery store, the mall and random errands.

The thing to note with Eleanor is there are a lot of bodykits out there. Some moulded on like this example and some bolted on. The problem faced with moulding is that it does not allow for flex and so cracks are expected. Though a lot of the damage can be attributed to the car build itself with Renato admitting

and that the problems were caused

more so because of installation issues

Renato also gave some sound advice for anyone out there going down the moulded route.

Make sure the exhaust shop installs secure hangers on your exiting pipes…I cannot stress this enough!

The car still looks magnificent and we stress these are one cars issues. It may and probably will vary from project to project. Keep an eye out and be smart when building your Eleanor. Thanks to Renato for the share. [gallery] ]]>