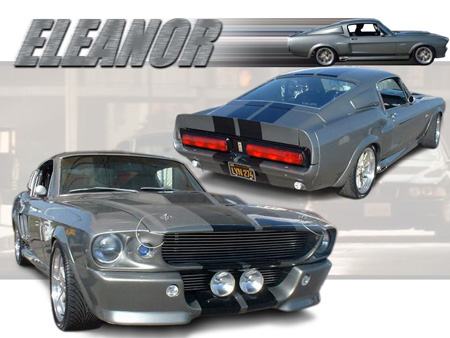 The Ninth Circuit Court of Appeals will finally hear the case between Denice Halicki and Carroll Shelby and his fellow defendants. In the case Ms Halicki alleges that Carroll Shelby knowingly and deliberately sought to capitalize on and exploit “Eleanor’s” fame from the movie, even though the defendants had no association with, participation in, or connection with the creation or development of the movie or “Eleanor”. Ms Haliki claims there has been a “blatant theft of Eleanor” by manufacturing, marketing and selling of unauthorised “knock offs” of “Eleanor” featured in the remake. The “Eleanor” star car character are the brainchild of Halicki’s late husband, H.B. “Toby” Halicki, where “Eleanor” got her first starring role in the original 1974 “Gone in 60 Seconds.” In 2000 “Eleanor was reprised for the remake on the movie starring opposite Nicolas Cage. It’s been four long years for Ms Halicki who now feels she is closer to being able to seek redress for the defendants’ allegedly unauthorized use of Halicki’s trademarks and copyrights. More recently the Halicki family have signed on with vintage car manufacturer, Classic Recreations, who now build officially liscensed “Eleanor” cars. I actually think this case may have been heard in the past week but I have not yet heard of any outcome. Stay tuned. [Source]]]>