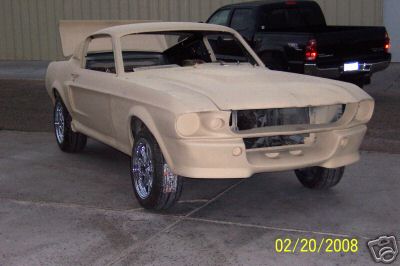 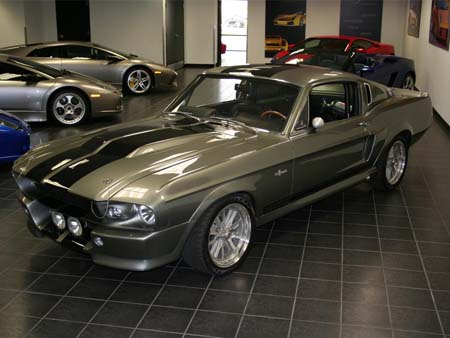 It’s not too often one of these come up. It’s one of the original movie cars from the 2000 remake of Gone In 60 Seconds. 11 cars were constructed for Jerry Bruckheimer for use in the movie. Each was used for different purposes, some for close-ups and some with beefed up suspension for stunts. Here’s the ebay ad: “The ORIGIONAL ELEANOR!!. This is one of the actual movie cars. To our knowledge there were 11 total production cars, of those , 8 were shells and 3 were actual running and driving cars. The 1967 Mustang GT500 stole the show in “Gone in Sixty Seconds,” the 2000 action hit starring Nicolas Cage. The popular pony car is actually one of 11 built for the movie. Of those, two were destroyed in the climactic bridge jump and junkyard crusher scenes. Because certain cars were needed to do different maneuvers in the film, no two Eleanors were alike. All the Eleanors only acted the role of being Shelbys while really they were modified Mustang fastbacks. And, although in “Gone” the car is supposed to be a four-on-the-floor, most of the Eleanors were automatics — because it’s easier to act and do stunts when you don’t have to manually shift gears. Dont miss this opportunity to add this to yor collection , call our sales team at 281-248-8400″ The car comes with a certificate of authenticity form Cinema Vehicle Services in California who supplied the cars for the movie. [gallery]]]>