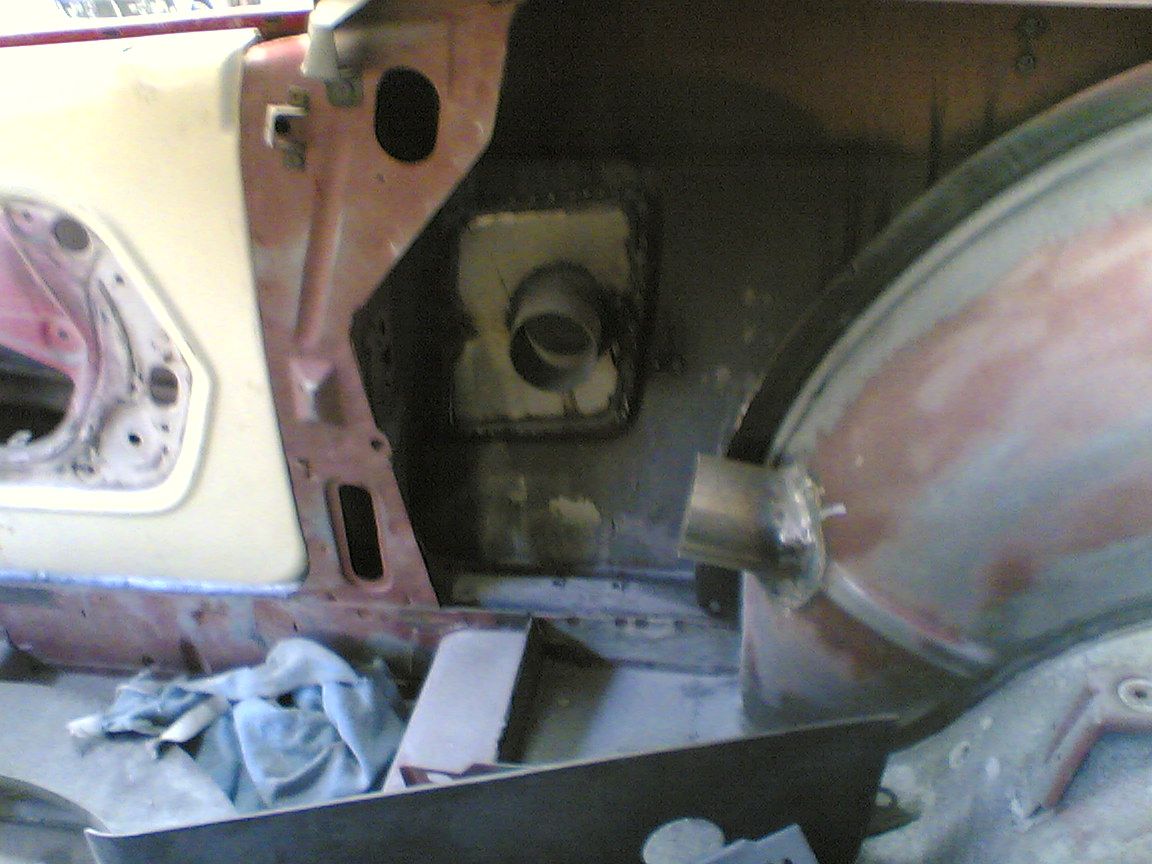 <![CDATA[So as you all know the car is going to have functional upper scoops and lower scoops. Early on the scoops were functional but as costs got higher and higher they had to cut back and in 1967 the lower brake cooling vents were not functional as Carrol Shelby said on TLC's "Rides" <blockquote>In 65′ everything was functional……air scoops, all that stuff was functional. 66′ semi functional. 67′ and 8, not so functional anymore. I’m doing it a bit differently and opening them up, not that they will need cooling though! Anyway we’ve made some progress and here are two pictures showing the tub cut through the side and into the wheel arch from the inside.