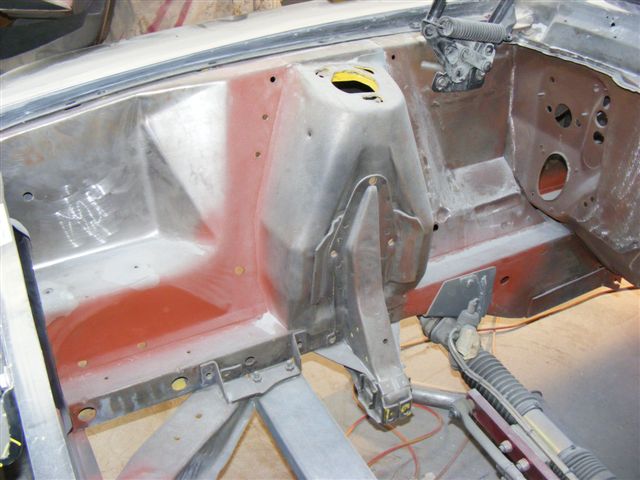 <![CDATA[It may sound like an absurd thing to say but I believe there was actually a few good things to come from the company that was <strong>Unique Performance, mainly helping to commercialise the whole idea of Eleanor builds and also bringing a few new products to the market including Carrol Shelby Signature seats, Shelby Shifters, Pedals and of course the now very rare Carroll Shelby signature gauges. To those who have had a close look at a Unique Performance car you will notice they had special Carroll Shelby Signature gauges, which also had a cobra logo and to my understanding were Autometer brand gauges, but i cannot confirm. Unique originally had these supplied by JME Products but later swapped to Classic Instruments out of Michigan after supposed issues with cracking in the JME products trim rings. After the demise of the company an unknown bidder bought the entire left over stock of gauges at the Rosen Systems Unique Performance Auction. Since then these gauge clusters have been rarer then hens teeth, but some have popped up on ebay and have sold for over $US1500 a pop! What’s more it has been noticed that there are some variations meaning there is more than one company producing or having produced them. They’re probably keeping quiet due to licensing issues, who knows. What is interesting is that last week I reported that Riley Performance and Kustom Classics are now licensed to produce the Shelby Continuation vehicles. Does this mean they will produce the gauges as well? We can only wait and see. But a third company, mustangponycars.com, has come out this week saying “Just finished the deal with Shelby to make the original gauge cluster and the gt500e floor mats that were used in U/P cars.” but have only said they should be available “soon”. Personally I would love a set of these but having forked out close to $1000 Australian dollars a few years back for Autometer metric gauges(that’s gauges showing Kilometres and Celsius, not Miles and Fahrenheit) I feel I would only be wasting my money. ]]>