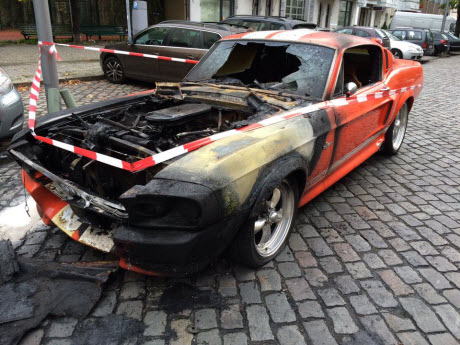 <![CDATA[It's something you hate seeing. A beautiful Mustang ruined by fire. Though that's just what we have here. <a href="http://de.wikipedia.org/wiki/Mark_Keller_(Schauspieler)">Mark Keller, a German television actor managed to escape without injury but his Shelby GT500 replica was not so fortunate. “We jumped out as the car caught fire already. The police came, the thought that shooting, asked for approval. Some passers-by thought we turn a new episode of ‘Alarm für Cobra 11,” he said (Translated) The fire is believed to have been triggered by gasoline leaking onto the carburetor, though has not been confirmed. The car is said to have been worth approx 120,000 euros. [gallery ids="7392,7393,7394"] [Mustangheaven] via [gtspirit]]]>