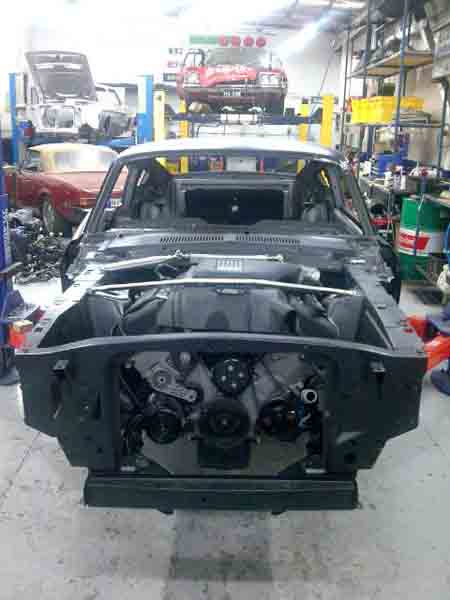 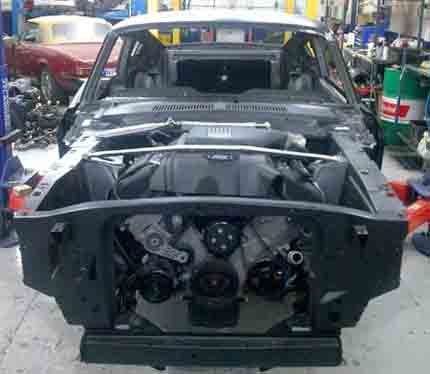 I was recently contacted by a fellow Australian conducting a very intersting Mustang build and after seeing some photos, short videos and the the upcoming interest from the media I must say this looks to be something I am going to follow very closely. The interesting part about this build is it will be an official right hand drive Shelby vehicle. Contracts have apparently been signed and Michael says “[The car] will be entered it into the shelby registry and it will have the build No. 001 as it will be the worlds first factory RHD Shelby.” Michael says there has been some great media interest in the build saying “We have a channel 7 program interested in filming the build from scratch to completion over 12 episodes, I think it’s going to be called chariots of desire when i know more I will let you know” Now that would be something! a twelve episode serious on a Mustang build! lets keep our fingers crossed. The car is currently being built by Robert st Restorations by George, the owner and his crew. Micheal went on to discuss the finances behind the car “We discussed a budget at the start and we plan on staying close to that, so far so good, George has a genuine interest in this car and a real love for mustangs and AC cobras. His other project is a 67 mustang coupe which Street Machine have been filming the build and will be doing a feature very soon. Another staff member, Mathew, has thrown himself into this project to assist in the build up and as a marketing tool for his products, through him we got the deal with Carrol Shelby to make it authentic.” Most of the cars running gear comes from the locally manufactured RRS guys and the chasis is a RHD Dynacorn body. Here is a rundown of what the car will be made up of: Dynacorn factory RHD shell RRS phase 4 front brakes 6 piston calipers RRS coil over suspension RRS rack and pinion steering RRS 3 link dif RRS rear brakes kit 2 with 6 piston calipers RRS strut tower notch kit RRS under dash brake booster RRS rhd deluxe dash Air conditioning ABS braking All rear lights and some of the front will be LED’s FPV 5.4l quad cam with top mount super charger, around 800 plus hp All gauges will be supplied by FPV will also feature electronic readings Front Seats at this stage will be supplied by FPV Wheels will be eleanor type but 18″ 8’s on the front and 11’s on the back to fit 325 rubber. Protype Plus body kit RRS glass, moulds, door handles and all hardware. Check out the photos and video below. It looks like this build is going to be something else. Michael is going to keep me closely updated so expect to see more of this car in the near future. [gallery]