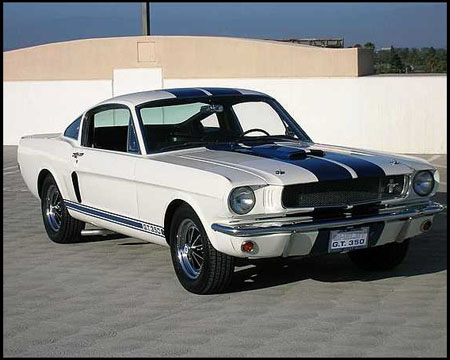 So I’m a little slow with this one but that’s mainly to do with the fact that I am currently in Moscow. So forgive me if this is old news. This 1965 Shelby GT350 was used as the engineering prototype for the 1966 Shelbys and driven by Ford factory stylist Charles McHose, who designed the 1967 Shelbys. The car is set to be auctioned off at Mecum’s Monterey auction during the Pebble Beach Concours which takes place August 13th and 14th. “Early Shelby GT350s are one of the hottest tickets in the muscle car market today and cars with a verified prototype status like 5S319 typically command a premium price,” says Frank Mecum of Mecum Auctions, which will feature the car on live television during Mecum Auctions’ Muscle Cars and More on Discovery’s HD Theater. The car is one of three prototype’s and was shipped to Shelby American on May 22, 1965 where it underwent transformation into a Shelby and was fitted with functional rear brake side scoops, side quarter windows, modified Shelby side stripes, and under-ride traction bars, all of which were implemented on the ‘66 models. The car has been in a private collection for over twenty years and at this stage a value on the car is anyone’s guess. But for those of you in the states make sure you check out what it goes for next week on Discovery HD. [gallery] [Source] [Source]]]>

3 thoughts on “Prototype Shelby GT350 to be Auctioned”