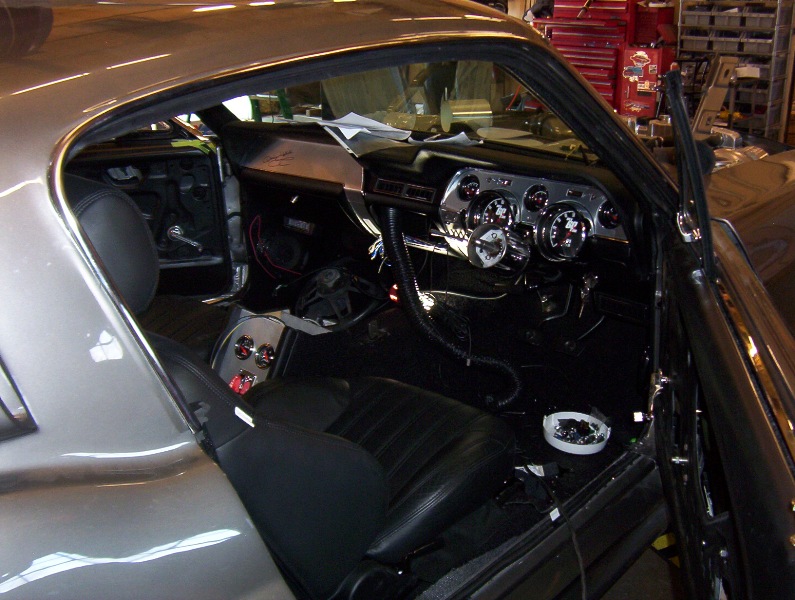 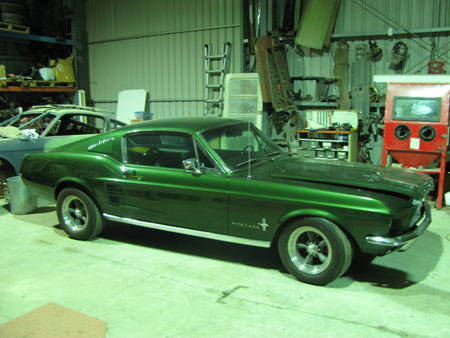 As some of you may know my car and Toby’s car are both being restored in a neighbouring state, over 10 hours by car away in the country. So as you would expect it’s not too often that I get to go down and visit John and see what kind of things he has on the boil. But last week I took advantage of a public holiday long weekend in Australia to go down and pay a visit and see what cars John had in his stable. Discovering that Victoria, Australia was leading the way for cases of confirmed Swine Flu didn’t deter me and a friend and so we boarded a flight down to Melbourne. Now, just so you know we didn’t go down just to see the cars. We met up with some old friends and hit the town over the weekend. But for our journey home we decided to hire a car and go and visit John. Arriving quite late in the evening I was thankful John was happy to open up shop for us and show us around. Unfortunately my old girl was off with the body guys so I was unable to see it. but he did have the Bullitt Mustang replica there which was just about finished! The car was impeccable and glad I finally saw it up close. At this stage I was happy but John said the paint guys were around the corner waiting for us with Toby’s car fresh from the booth! So in the car we went around to have a look at his car. First let me just say by this time I was quite delirious having only had a few hours sleep over the weekend, so my idea to take heaps of photos and videos went out the window and, as you can see, the lighting in the night was poor in the shops so the photos came out not the best but you get the idea. The guys told me Toby’s car was having some last bits of touch up after some bubbles came up. But I’ll let the photos speak for themselves. Overall it was a great weekend and fantastic to get down there again. Stay tuned as Toby’s car should be out of the paint shop and back with John for final fitting soon. [gallery] ]]>