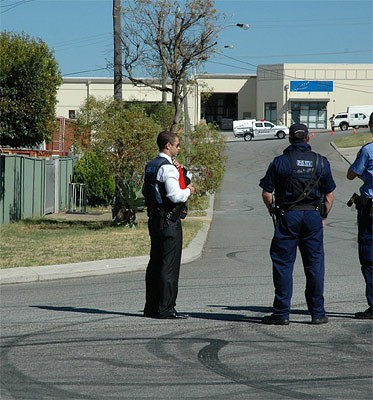 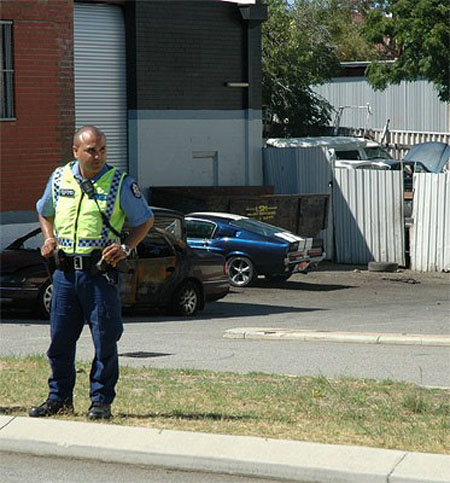 There’s one lucky Mustang owneer in Australia today after his 1967 Shelby GT350 was stolen from him by balaclava wearing bandits overnight. The car appears to have been specifically targeted as the thieves made the owner sign car transfer papers before making off with the vehicle. But thanks to a state of the art security system, installed only months earlier, the car was able to be recovered. The system, known as Quiktrak, included a GPS tracking device, a chip that notifies a mobile phone if the car is stolen and an immobiliser that cuts fuel to the engine. The owner of the car had been held at gunpoint in his Wattle Grove house, while his partner was at home, and had been forced to sign car transfer papers and hand over the keys to six men in balaclavas, according to police. “We get a couple a car thefts a month (with this security system) on the east coast but it’s rare for Perth, especially grand theft auto held at gunpoint,” a spokesman for Quiktrak said. “It was a client I had never met before, but he had been recommended by somebody else. We don’t give out client details,” he said. “It was extremely rare car, which I thought was an odd choice of car to steal in the first place.” In a show of force the Western Australian Police recovered the vehicle with use of the heavily-armed tactical response group. The officers, together with the Bearcat armoured police vehicle, traced the vintage muscle car to an auto salvage yard on White Street at 5.30am. Read the rest of the story here. And check out the video here [Source] [gallery] ]]>