What a difference a week makes. Just a short update to show you what we’ve just got back from the powder coaters. END_OF_DOCUMENT_TOKEN_TO_BE_REPLACED

Our friends over at Mustang360 recently published a fantastic barn find story we feel compelled to share here with you all. Junior Deese, a Mustang enthusiast and collector got a call from a lady about a Fastback Mustang she was thinking of selling. The lady, Nancy Snipes, had gotten Juniors number after speaking to her son who did some digging at a local repair and parts shop. END_OF_DOCUMENT_TOKEN_TO_BE_REPLACED 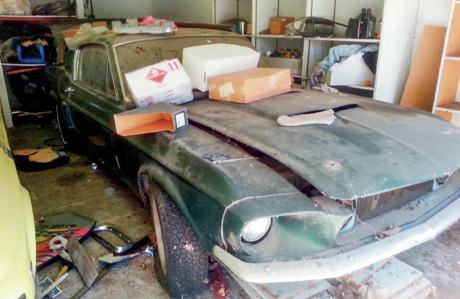 Our friends over at HotRod.com have posted a great little story about a truly awesome barn find. Something we all wish we’d come across. A 1967 Shelby GT500.

The car, which belongs to Scott Drake’s Paul Kerner was recently displayed ‘as is’ at the Mustang 50th anniversary show in Las Vegas.

The car was purchased in 1997 as a true barn find. “A coworker found the car. He said it was coming out the next day in the local Recycler, so if I wanted the car, I had to buy it now.” So then and there the car was purchased for $14,000. Yes, you read that right.

The car has sat in his garage for quite some time and he admits it’s something he’s just “never got around to”.

Though what is interesting about the car is in 2003 a rep for Kylie Minogue got in touch wanting to buy it for $100,000 for her father Ron. Paul, in no hurry to sell, wanted $110k and so the deal didn’t happen.

So today the car still remains as it was found all those years ago. Head on over to HotRod.com for the full story and pictures. 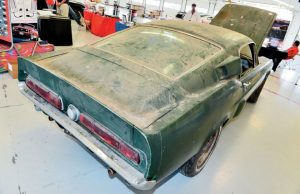 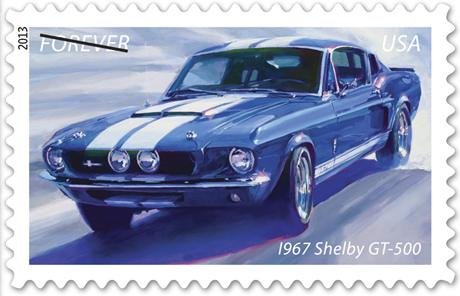 Some interesting news out of the United States postal service this week with the announcement the Shelby GT500 will be featured on a postal stam as a part of the ‘Forever’ series in which five iconic automobiles are celebrated: the 1966 Pontiac GTO, the 1967 Shelby GT-500, the 1969 Dodge Charger Daytona, the 1970 Plymouth Hemi ‘Cuda, and the 1970 Chevelle SS.

“Each of these cars represents the adventurous spirit of the muscle-car era. Fast, powerful, and eye-catching, muscle cars roared their way onto America’s roads in the 1960s. Typically equipped with big, powerful engines, the five high-performance vehicles depicted on the stamps represent the era’s adventurous spirit.”

1967 Shelby GT-500
Manufacturer and former racecar driver Carroll Shelby’s version of the Ford Mustang was powered by a 428-cubic-inch, 355-horsepower Police Interceptor engine. The car also featured a rear spoiler and dealer-installed LeMans stripes as an option. The Shelby GT-500 was both striking and rare; only 2,048 were built. A customized or original version of the 1967 Shelby GT-500 has appeared in contemporary movies and magazines, rekindling American pop culture’s fascination with the model.

We look forward to getting some mail from you folks in the US!