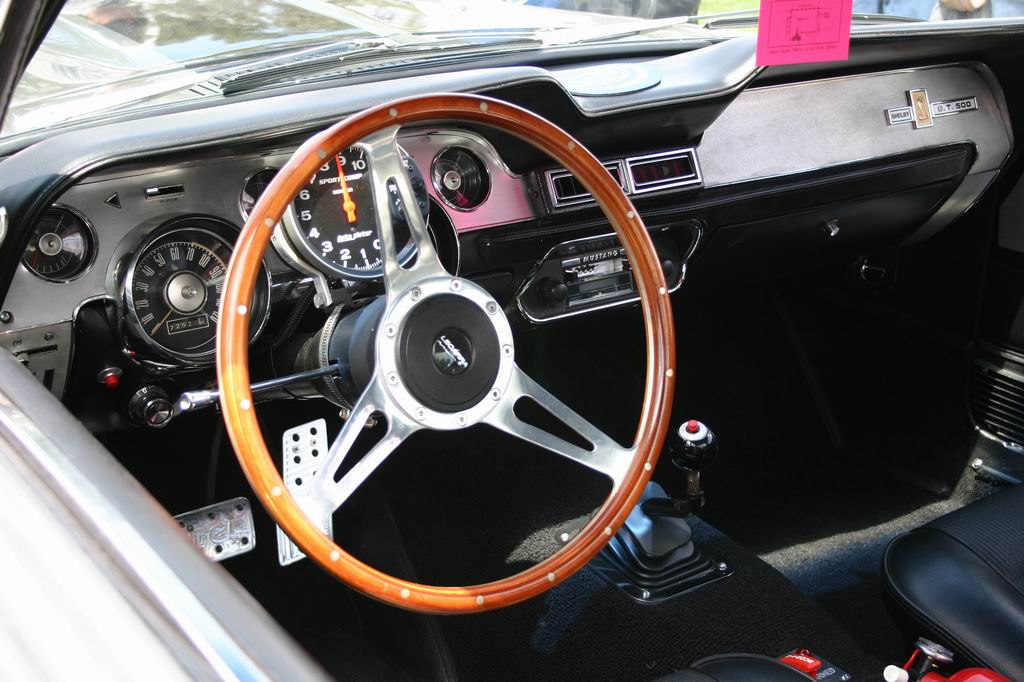 <![CDATA[Ok if there is something in this entire restoration I've researched a whole lot it's the damn <strong>steering wheel, and by god has it been a difficult one! So I’ll try to explain it. In order to make my car as close as possible to the original movie car I wanted to get the same steering wheel seen here on the actual movie car.

This steering wheel is a 15″ Lecarra Mark 3 Supreme Tear Drop wheel with a 1.5inch dish. Now you would think a steering wheel is a steering wheel. You thought wrong. My research (all be it very shady) has shown me these laminated mahogany wheels were produced in the Lecarra French factory up until about 2002 when some sort of dispute took place and subsequently the factory was shut or it stopped making the wheels for Lecarra. (If anyone has any light to shed on this please let me know).

Subject: Re: Steering Wheel Purchase info We do not have any dealers in Australia. Right now, the Mark 3 wheel isn’t available. We are working on changing over manufacturing and it will be a few months before we get them on the shelf again. So you can check back and see where we are, or I do have a few of the 14″ flat wheels left in stock. I have the single slot and the gt style. Thanks

Now seeing as every man and his dog wanted these wheels and i only began my project in 2004, it seemed i was doomed from the start. Another thing to note is the rivets on the wheel, some had 17 rivets and some 18, why? Well I’m not sure but what I know is Lecarra made wheels with this many rivets and the UK company Moto Lita only made 9 rivet wheels (of similar look). So in Jan 2006 I hit them up again and got this:

That wheel is still not in production. I will keep your e-mail and let you know when they will be available.

We still do not have them on the shelf yet, but hopefully it will be soon. We have hired a new person to take care them and hopefully get them finished and in production soon, I will keep your e-mail and let you know when we get them in stock. Thanks.

Just wanted to let you know that we got our first run of 34215 Mark 3 wheels in and they are ready to ship. We have limited ones and they will go quickly, so if you wish to order one, just give us a call and place your order with Stacie or Rita and let them know that you received an e-mail about the wheels, so you can be one of the first to get one. The wheel will be 229.95. Thanks

Naturally I was the first to purchase one and when it arrived I was overjoyed until I opened it to find it was radically different from the 17/18 rivet version they previously produced in France. This 2006 USA made version was a rougher mahogany, and it only had 9 rivets! I know some are saying pfft who cares it still looks good, but no, im a perfectionist. So i sold it on ebay. Here are some pictures of it the day it arrived.

So, back to square one! In the meantime my good friend Toby who also lives in Sydney, and building an Eleanor, was shopping at some random automotive store 15mins from my house when he called me to say they had “The Wheel” after exchanging a lot of profanities he convinced me it was it and only after he sent me photos did I believe it! This was a weekend, so first thing Monday morning i sent my trusty father down (hey I had to work!) to purchase one! He called to say they had two!! So I bought both, and the sales guy said they bought them years back from Lecarra, but just left them out the back!! Anyway that night I had two wheels, one was the EXACT one I wanted an 18 rivet French made wheel. The finish and feel was so smooth it made the ‘new’ USA version seem like sandpaper! I ended up selling the second one to a friend as it was flat one with no dish! Here are some pictures I have! It came only in a plastic bag. You can even see the difference in finish between the two.

*Note the bag shot is of the flat wheel So basically that was it! 2 years searching for a wheel made in France for an American company which was discontinued years ago and to find it in a store 15 minutes from my house is simply unbelievable! but it happened! ]]>