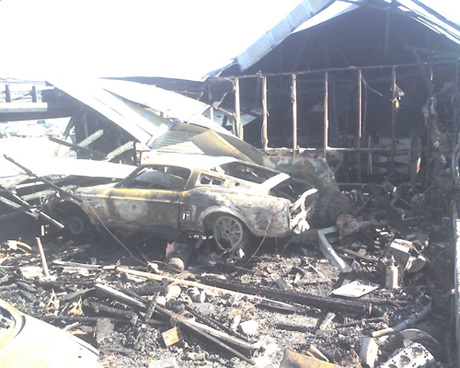 <![CDATA[There's some things that you just don't want to happen when you're restoring a classic. It's your pride and joy and most of the time you love it more than your own mother. This week it came to light that the founder of <a href="http://pub141.ezboard.com/beleanorinspired1967mustangfastback">Customfastbackca.com and all round great bloke, David Ambler lost his mustang in a tragic fire. Some of you may know him from his time with Unique Performance. On many occasions David helped me with my orders and it was a breeze for him to organise parts to Australia. Below are his own words on his loss and the aftermath and also why he left Unique Performance.

I wish David all the best in the future and hope he gets back on his feet with his project soon enough.]]>