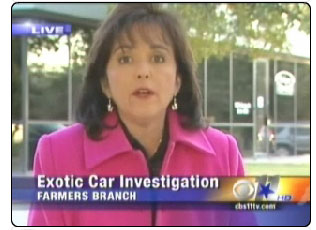 Wow! It seems to go from bad to worse for Unique Performance and Shelby Automotive Inc with news the police have confiscated 64 cars from their Farmers Branch factory. The police are now investigating Unique Performance for allegedly running a scam. After receiving an email from a disgruntled victim CBS11 TV has been doing their own investigating on Unique Performance and has found some possible dodgy practices going on, including that of VIN numbers allegedly being scraped off cars and the Farmer s Branch Police say they have evidence that the titles on some of the cars are fraudulent. Unique Performance’s CEO, Douglas Hasty has now gone to ground and refuses to comment on the allegations only stating through his attorney that the company has done nothing wrong and has documentation on all vehicles to prove it. Read on to have a look at CBS11’s live video reports

Part 1 – Click on the image to be taken to the video. 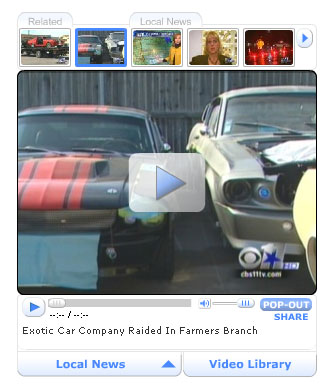 Part 2 – Click on the image to be taken to the video. 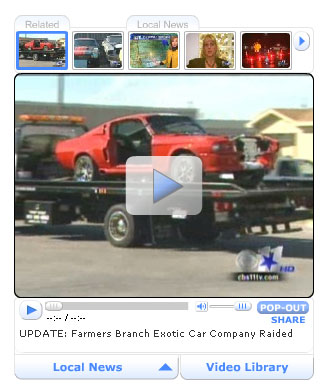 It’s a striking image seeing cars hauled away on flatbeds by the police from a company I’ve always admired, respected and looked up to. I can’t wait to hear the outcome of this whole thing.]]>