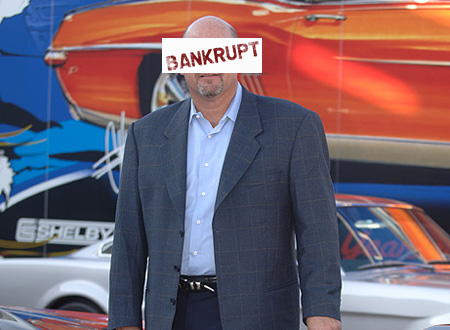 Well it’s official and really no surprise but only 10 days after Police confiscated 64 cars due to alleged title washing Unique Performance, the once reputable company, has filed for Chapter 7 Bankruptcy. According to Autoweek.com Under Chapter 7 bankruptcy, Unique Performance seeks to end its business operations. In the filing in U.S. Bankruptcy Court for the Northern District of Texas in Dallas, the company listed no assets. A Dallas legal publication listed Unique Performance’s debts at $1 million to $100 million, but did not indicate who the major creditors were. There’s no doubt there are some very worried and outraged customers out there who have laid down anywhere between $100,000 and $250,000 for their cars and not to mention the fact Carrol Shelby Inc and Foose Design are also probably some very angry creditors. It’s all a bit disappointingly though as Unique were a company I had dealing’s with (fortunately they came off ok) and they were a company you could gain motivation from when building your own Eleanor clone. To have this happen is no surprise but if you look back a year ago and at the good 5 year run the company had it is all a bit sad that it could all end like this, in such a mess.]]>