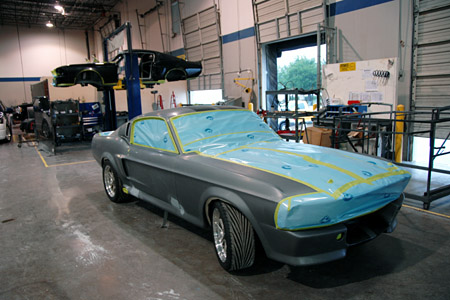 There seems to be a lot of accusations flying around in the ongoing saga of the demise of Unique Performance, and at the center of it is Douglas Hasty, the CEO and founder of the company. In an article with the Dallas Morning News Hasty defended his actions stating “I have a vehicle for every single deposit a customer has given us” and that he also was in possession of a title for every car the police confiscated. Hasty also defended that alleged title washing drama saying that VIN numbers were stamped back onto the cars after some cars had rust repaired or damaged aprons where the original VIN numbers were located. “If we had to replace those aprons [where the VINs were stamped] – and we’re talking about 40-year-old cars – we had instructions to notify the state and Farmers Branch and told our employees to do so,”. “We assume they did. But I can tell you I have a bill of sale or a title for every car” that was seized by the police. There are approximately 106 custoemrs who had their deposits taken but received no delivery. This is estimated at between $10 and $15 million dollars! and while this is quite a substantial amount of money Hasty does acknowledge that Unique experienced financial problems which in turn slowed the progress of many of the cars. Unique “just grew too fast,” said James R. Bartee, 50, a retired Secret Service agent in Clemson, S.C., who paid more than $100,000 toward his car’s $150,000 price. “Doug just went too fast from a working-class guy to someone with money.” “We have nothing to hide,” said Mr. Hasty, who was running a workers’ compensation insurance business in Irving five years ago when he decided to begin building the Eleanor Mustangs. It’s certainly going to drag out for a while. The police claim they have “so much evidence” it will take some time to mount one large case. [Source]]]>